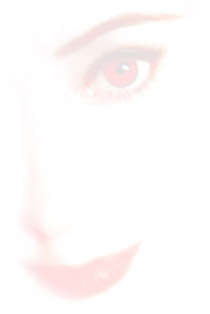 Maria João is a singer/composer/writer. Based in the UK since 1986, after leaving her sunny little village by the sea, in Portugal, to explore new horizons and challenges, Maria Joao, a farmer's granddaughter, has impressed many with her charismatic, versatile and sensual voice and her multi-cultural musical diversity has earned her a well respected reputation as an artist.

With an eclectic vision, infinite curiosity and a non-compromising attitude, Maria João continues her journey, learning and experimenting with sound and immersing herself in the world/global fusion music scene and entwining it with electronica. Working alongside various different producers and different projects through out the years, she has created a wide repertoire of knowledge, always pushing herself into different realms to discover more and more sensorial layers to make the music that will inspire her and others.

No frontiers, no boundaries.

Her collaborations and projects have included:

JOHNY HUMAN AND THE BEINGS, (Family Fodder) where it all started, a rock psychedelic punk cabaret duo, where Maria João and Alig took to the dusty road and performed their act to audiences all over.

GLOW, an 8 year old music affair with composer Pete Ardron. They released ‘Unavailable at All Good Record Shops’, ‘Almost Forgetting to Breathe’ and ‘Enfeitiçada’. The track ‘Ela É Mar’, amongst many others was released in various compilations around the globe and extensively played on air such as London Live (Charlie Gillett) with excellent reviews in the press. They have created a dedicated following and are still remembered to this day for their inspiring and uplifting live shows. www.glow.cx

KAMEL NITRATE, Sitars, percussions, multi-coloured bubbles floating, a global/world psychedelic funky breakbeat fusion. Here she also takes the role of manager/promoter, another arrow to her bow. The album ‘Lost In Spice’, with great acclaim from the press, took them touring extensively throughout Europe and UK. Nominated for the BBC World Music Awards as Best Band and Best Live Act 2003 & 2004 and an exclusive live set at Andy Kershaws BBC Radio 3, Kamel Nitrate left an unforgettable memory in people’s minds for their high energy shows, bellydancers and excellent music. www.kamelnitrate.com

Multi-talented Maria Joao is also an accomplished artist with a Merit in Art & Design to which she applies to a variety of areas, not only for her own use but also accepts commissions, and has done an array of work from designing record covers, flyers and posters to web design, photo promos, painting and sculpture, etc.

Maria João and The Sound Strippers is her latest creation, a solo project, bringing together a fusion of styles and languages of the world, a vibrant and sensual experience for all the senses - an acoustic embrace with technology. The live show is a surprise every time, bringing in tribal dancers, wizards, jugglers, guest appearances, live projections, a complete feast for the eyes, ears and feet, an immersion into a unique world of colour and sound which eases and teases the mind.